Paysafe processed payments for a string of gambling websites that were allegedly used by the Italian mafia for large-scale money laundering and tax evasion purposes, police records show.

Online casino operators found to have been infiltrated by the ‘ndrangheta and cosa nostra transferred up to hundreds of thousands of euros every week through Skrill and Neteller – Paysafe’s flagship brands – between 2011 and 2018.

Italian investigators said organised criminals used Skrill and Neteller because their services «eluded measures to trace transactions in Italy», thus allowing them to move proceeds of crime undetected. Senior financial police officers also claimed Paysafe did not provide details of Skrill accounts suspected of criminal activities, when they approached the company as part of their investigations.

It is possible that Skril, Neteller, and their controlling party Paysafe, were not aware of the organised crime ties with the gambling operators. As financial institutions regulated in the United Kingdom, they are required to follow robust anti-money laundering rules and submit suspicious transactions reports to authorities. Paysafe told IrpiMedia that it takes its obligations extremely seriously and it has a comprehensive compliance framework in place to prevent the abusive use of its services.

Skrill and Neteller are two of the leading digital payments providers in the so-called e-wallet industry. They allow clients to deposit money on an online account, which can be used to make transfers or pay selected merchants with only an email and a password. Their core market is online gambling, an industry traditionally shunned by banks due to the higher risk it carries.

Gambling-related transactions accounted for 45% of Paysafe’s turnover in 2017, the last year detailed figures were disclosed. The reliance on the sector had previously been even more strong: a Skrill executive told analysts in 2015 that, in previous years «95% of the revenue was coming from gambling operators».

An Isle of Man company, Paysafe was acquired in 2017 by Blackstone and CVC Capital Partners, two of the world’s largest private equity funds, for $3.9 billion (3.3 billion euros). Prior to the buyout, Paysafe had been listed on the London Stock Exchange.

Today part of the same group, Skrill and Neteller were for a long time rival companies.
Skrill was founded in London in 2001, when it became the first e-money operator to be licensed by the Financial Conduct Authority. Neteller was created in 1999 by two Canadians, Stephen Lawrence and John David Lefebvre. It moved to the UK in 2004, when it was floated on the stock market with a $70 million valuation.

The Big Wall in the Mediterranean Sea was built upon contracts that are hard to track. Overall, the outsourcing of border control has cost over one billion euro. And the results have been underwhelming

Neteller quickly rose to success but in 2007 Lawrence and Lefebvre were arrested by U.S. authorities and charged with handling billions of dollars in illegal gambling proceeds. The founders pleaded guilty, while Neteller admitted wrongdoing and reached a $136 million settlement with U.S. authorities. After losing out on its largest market in America, Neteller shifted its focus to Europe.

Until 2017, among the gambling operators using Skrill and Neteller was Centurionbet, a Malta-based firm suspected by investigators of mafia ties. Known for its brand Bet1128, the company was owned by the children of Vito Martiradonna, a convicted associate of the Sacra Corona Unita mafia syndicate, located in southern Italy. At the height of its success, Bet1128 was used in hundreds of betting shops across Italy, Spain and South America, turning over 100 million euros a year. According to police investigations, Francesco Martiradonna, Centurionbet’s beneficial owner, placed the gambling company at the disposal of ‘ndrangheta and cosa nostra families for money laundering purposes. Last year he was sentenced to 11 years and 4 months in prison on mafia-related charges.

According to investigators, almost all money passing through Bet1128 was handled by Skrill, Neteller and PaysafeCard. The company’s internal accounting records – seized by police – showed that on a single day over 220,000 euros were stored by Centurionbet with the three digital payment providers.

Court records show that Centurionbet also relied on Skrill and Neteller accounts to wire money to its betting centers, which accepted bets and paid out winnings in cash, in breach of Italy’s gambling laws. Skrill and Neteller were also used for off-the-book payments of commissions to the company’s area agents who acted as a link between the betting centers and Centurionbet.

The reason was explained by Bet1128 manager wiretapped by investigators during a conversation with an aspiring agent. The latter asked him how he could receive thousands of euros without a legitimate receipt: the manager told him not to worry because using Skrill and Neteller cards he would have had no problems. He added that it would not be possible to trace the owner of the card and, in case of enquiries from authorities, he could have justified the money as a poker win.

Police records show that Centurionbet’s top management relied on Skrill and Neteller to shield some of their assets. Investigators believe the Martiradonna brothers transferred large proceeds of crime to the e-wallets, when they suspected Italy’s financial police may try and freeze their assets. A source close to the investigation told IrpiMedia that it was not possible to investigate further on the e-wallets’ role in the criminal scheme due to a lack of collaboration from the payment providers.

«No collaboration from Skrill»

The same reportedly happened in a separate probe into mafia infiltration of online gambling. Antimafia agents in Trapani, a city in Sicily, said their probe hit a wall when they knocked on Skrill’s door. They were investigating the dealings of Carlo Cattaneo, a young entrepreneur from Castelvetrano, who had established dozens of betting halls across Western Sicily, allegedly thanks to his ties to mafia syndicate cosa nostra. According to prosecutors, hundreds of thousands of euros made through the gambling operations every week contributed to financing the life in hiding of Matteo Messina Denaro, the Sicilian mafia’s “boss of bosses”.

Investigators discovered through wiretaps the numbers of a series of Skrill cards the criminal enterprise allegedly used to move criminal proceeds. They saw it as a promising lead to piece together an intricate money flow. However, they said that «when asked to provide information on the identity of the cardholders, the British company [Skrill] replied that it would not be possible to provide any information on the matter».

Paysafe did not discuss the specific cases but told IrpiMedia its policy is to always prioritise any assistance that law enforcement might need with their enquiries. «An electronic trail of a customer’s transactions is always available and if we identify suspicious behaviour, we immediately block the relevant accounts and if appropriate, report such activity to the responsible authorities», the company added.

The case of LB Group

Carlo Cattaneo was arrested in April 2018 on mafia-related charges and his trial is ongoing. Before it was shut down by authorities, the gambling website run by Cattaneo was called Bet17Nero. It was what in the gambling world is known as a “skin”. Licensed “white label” technology providers create unique gaming platforms which can then be sold to multiple clients by building customized graphics.

Bet17Nero was powered by a Maltese company called LB Group. Its owner Sergio Moltisanti had relocated to the island-nation from Sicily and was widely known in gambling circles. LB Group’s main market was in Italy, where it also operated under its flagship brand Leaderbet. Since 2018 the company has been named as part of a series of antimafia police probes. Last year Italian authorities arrested one of Leaderbet’s chief managers, John Calogero Luppino, on charges of mafia-type association and extortion.

Officially, LB Group ceased operations in 2018 after the Malta Gaming Authority had revoked its license early that year. However, IrpiMedia found evidence that “skin” casinos associated with LB Group are still active. Websites like scommettisports.com, deabet.eu or betxgo.com are online with the same names and graphic elements as before. But all references to LB Group have been removed and replaced with a different Maltese company, BlueSky Ltd. The firm, which has no discernable presence online, is run by an Italian man who has close business ties with Moltisanti. BlueSky Ltd does not appear to have a gaming license, but the casinos are licensed through a separate company based in the Antilles island of Curaçao. According to their websites, payments are still processed by Skrill and Neteller. 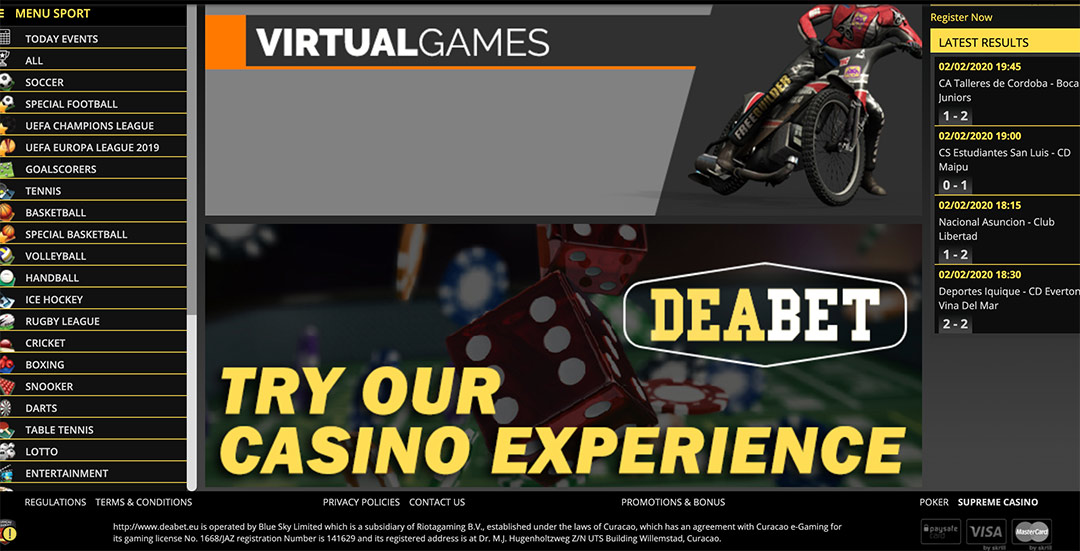 Paysafe told IrpiMedia it has a robust onboarding verification checks for merchants. «We are aware that there are instances of merchants making false claims that they offer our services in order to enhance their credibility and we have an internal team in place to monitor this and address it as needed», the company concluded. 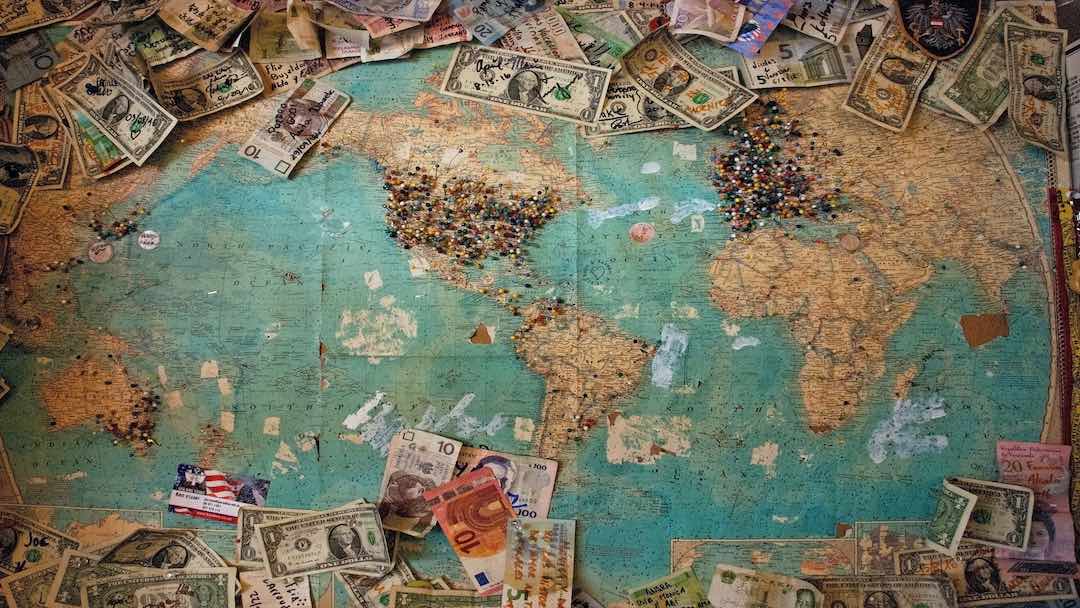